Tips and tricks for lighting bands, vocalists or live performances

Ask yourself what makes a memorable live performance, and the artists, their performance and often the venue itself will be three regularly thought about key factors. To use an analogy, let's think of this as a performance 'cake' with these three factors being our essential ingredients.

All good cakes however need some icing on the top, and icing is typically made from just a couple of key ingredients. In this case, the icing on our performance cake is created by mixing sound (quality) and lighting.

Add everything together, and voila! You have a great tasting cake! Or more strictly a performance that leaves a great taste (I knew we'd get there eventually with the cake analogy!)

We've dealt with some audio quality topics elsewhere on the site, and in particular would encourage all bands just starting out, or indeed looking from some additional tips even, to read the 'miking a live band' article.

More than 25 years of lighting performances, playing in bands, DJing at some great venues, and also work supporting live performances has given us a great spread of knowledge in how best to light a performance, and this certainly isn't a 'one size fits all topic'.

So whether you're in a band, a vocalist or other live performer, or an existing audio or lighting tech, here our or hints and tips on how to light your next performance and to create the perfect performance cake (ok - enough of the cake analogy for now...!)

If you need lighting or are looking to add options for larger shows, check out our lighting hire range too. 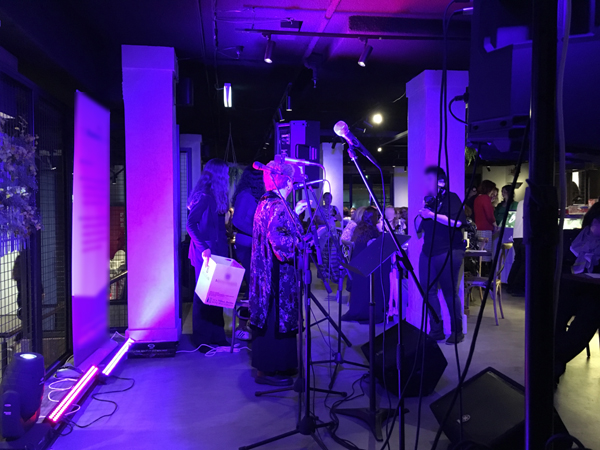 For breaks within a performance, wash the room to add interest. the blues and magentas in this image are a class combination. Lower overall light output but a classic colour blend for room washing. 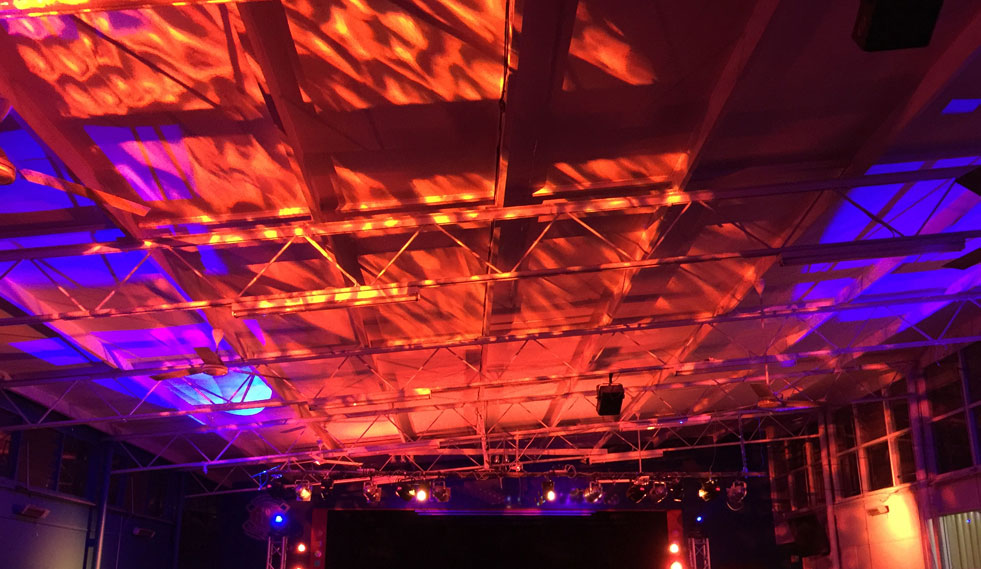 Don't overlook the venue itself which might offer some great architecture to highlight, or in this case a great 'blank canvas' in the shape of a large white ceiling which we lit on this occasion with 4 Phantom moving heads and glass gobos with a 3 way prism engaged to wash the area further.

First and foremost, this process should start with a discussion with the performers! Or if you are the performer, thinking about how much you want to be seen. That's not quite as daft a point as it might seen, as some groups prefer a darker, 'moodier' performance space, whilst others like the performance brightly lit. Also have a think about whether you or the performers are looking for a static lighting show, or some more dynamic elements.

Consider also if any of the band, performers don't like lighting immediately in their eyeliner. You might be surprised here, but many artists are so quickly deeply immersed in the performance that to them, the lighting is of little distraction. Per the first paragraph however, have this discussion early!

If you're looking for the basics to ensure your performers are clearly lit, you won't go far wrong with some parcans, ideally to the side(s) and front of the performers - toward the rear of the venue facing the stage or performance space - or if space is tight, consider lighting at the diagonal i.e. to the side and just to the front of your performers.

This is an often overlooked part of event lighting. A lot of focus goes on the performers - and rightly so - and often the venue, especially if it has some architectural nuances or features which will compliment the wider performance.

All good performers and groups, whether bands, vocalists, instrumentalists work hard to make their audience an integral part of their performance. Indeed this is sometimes also a factor dramatic performances - perhaps an actor will enter stage from a point within the audience area for an extra dramatic and unforeseen effect.

So how do you include your audience from a lighting perspective?

Well, you have a number of options here, and this starts with not leaving them completely in the dark throughout the performance!

Your first option - and this is relatively straightforward with dynamic effects such as moving heads - is to let some light beams spill out onto the audience space.

Another lighting unit which has been used to great effect over the years and which is still relevant today - albeit often replaced by LED units - ist the audience 'blinder'. These are high power warm white washes, with multiple lamps in each unit, and often grouped in multiple units, which are used to powerfully light (not strictly blind!) the audience at key points in a song or performance. This almost universally results in the audience themselves reaching a crescendo if singing along, or can be used when you ask your audience to clap along above their heads, sway, wave their arms or similar. Light up your audience at these moments,  and you've achieved your intent - to bring them 'into' your performance.

You can also simply wash the audience with colour - and we would suggest that you don't entirely avoid darker periods as this can also contribute to the mood of a performance - vary the intensity and colour scheme to synchronise or complement the main stage lighting.

Other options - probably outside the scope and budget of performers reading this website, but you never know(!) are items like light-up remote controlled bracelets which can be remote triggered to light up and change colour during certain parts of the performance. A cool effect, but you'll need a big budget, and the logistics of trying to collect these after a performance probably mean that you need to resign yourself to giving these away, or at least factoring these in to your ticket prices.

Often the venue itself lends itself to being lit.

Look for architectural features which you can pick out with washes or profile spots, columns which can be up-lit, and other features such as large plants, the ceiling etc.

The biggest tip here is don't overdo it with your venue lighting! You're simply looking to compliment the performance, not steal the show.

So what great light show is complete without some fog, smoke or haze? From classic low lying fog - either chilled 'smoke' or carbon dioxide from dry ice foggers (there are safety factors here in small performance spaces and when used above the audience) through to modern hazers, the principal is broadly the same, either to create an additional medium which can be lit, or to output a medium - in this case haze - which is almost invisible to the audience, but which can interact sufficiently with lighting sources to enhance beams and arial effects.

If using older smoke machines, or cheaper fazers, have a discussion with your venue around the sensitivity of their smoke alarms, and get their permission in advance to use these, as there's nothing worse than a venue's smoke detectors triggering mid performance!

Contact us for all of your lighting and PA needs

Give us a call on (02) 9477 3757 for a friendly discussion on your lighting and PA requirements or contact us to arrange a quote and check availability.

This venue had some nice architectural features but limited room in front of the performers, so lent itself to being side lit. In view our 4 105 watt mini moving head washes. Plenty of output, movement if required, and a great range of colours.

You can just make out a quad stage blinder in the upper middle right hand side of this image. Beams out from the stage also help to involve the audience. 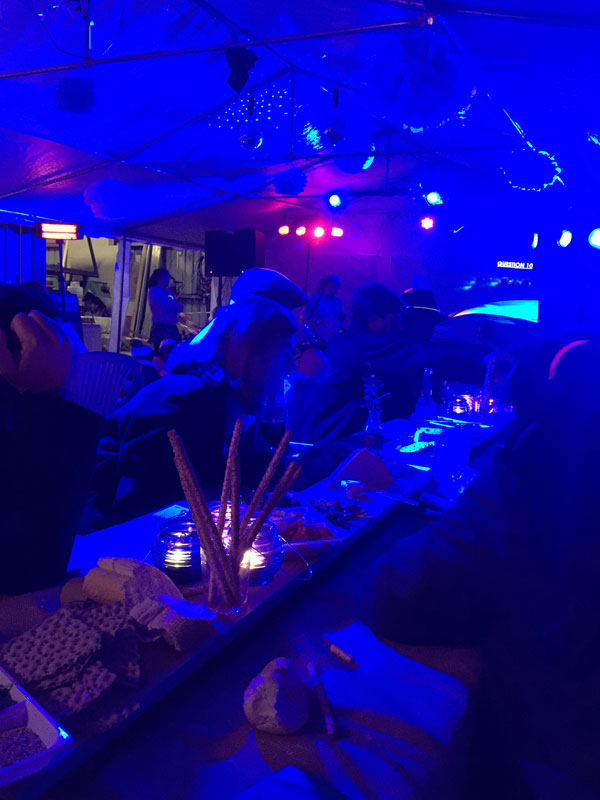 A marquee is a great venue within (and upon which from an exterior perspective) to use wash lighting. Par64s providing side stage lighting and more par64s providing a venue wash

Simple but incredibly effective. Par64 beams made visible by our AVE DMX fogger.